Having already covered a great deal of the UK, Disney’s Beauty and the Beast The Musical tour arrives in London for a summer season at The London Palladium. Based on the animated film, this stage version faithfully recreates a Disney classic that has enchanted children and adults the world over.

This ‘tale as old as time’ is however given a slight update for the 21st century, not least in the diverse casting, but also in some of the characters.  Belle for example is more feisty in this version and Le Fou has less to do in terms of supporting Gaston.

A short narration from Dame Angela Lansbury introduces the show, and the voice that has become synonymous with the film transports us to the small provincial town from which Belle is desperately trying to escape.

When Belle’s father is kidnapped by a terrifying beast and his staff of walking, talking household objects, Belle volunteers to take his place and become the beast’s prisoner forever.  The household is of course under a spell, and only if the Beast finds real love can he and his staff be returned to their human form.

As you would expect with Disney, Beauty and the Beast brings us magic and wonderment at every turn.  The staging is sensational, with large and complex set pieces floating and spinning in and out of view, and the various locations, such as the town, castle and woods are all brought wondrously to life in a variety of unique ways. Director and choreographer Matt West keeps everything moving, quite literally as each second brings something new to marvel at.

One of the most spectacular moments will already be a favourite amongst fans; ‘Be Our Guest’ is a huge song and dance routine led by Lumière in a wonderful performance by Gavin Lee.  Again the set takes much of the limelight, but so too does the ensemble and their complex tap routines that thrilled the audience.

Yet, as wonderful as it was, it felt strangely out of place, like an old Hollywood number lifted straight out of 42nd Street.  It also feels like a natural act one finale, but we go straight from this high energy, all singing, all dancing routine to the ballad ‘If I Can’t Love Her’.

That number does however, give us our first real opportunity to hear Shaq Taylor’s exceptional vocals in the Beast’s only solo number.  It’s not just the voice though, Taylor creates a wealth of different aspects to the Beast that means it’s not just Belle who falls in love with him, the whole audience does too.

On the whole, it’s a strong cast; Nigel Richards is particularly funny as Cogsworth, and Sam Bailey is marvellous as Mrs Potts, while Courtney Stapleton makes Belle a strong female role model.

Beauty and the Beast is a perennial favourite and this new production freshens it up a bit while retaining the joy and magic that has made it such a fan favourite.

1. Tom Senior as Gaston and Courtney Stapleton as Belle in Disneys Beauty and the Beast Photo Johan Persson ©Disney

3. Courtney Stapleton as Belle and Shaq Taylor as Beast in Disneys Beauty and the Beast Photo Johan Persson ©Disney

4. Gavin Lee as Lumiere and Courtney Stapleton as Belle lead the company in Disneys Beauty and the Beast Photo Johan Persson ©Disney 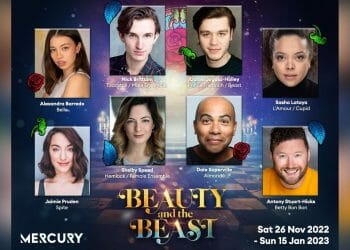 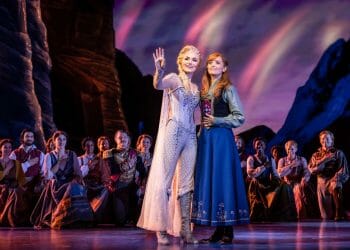 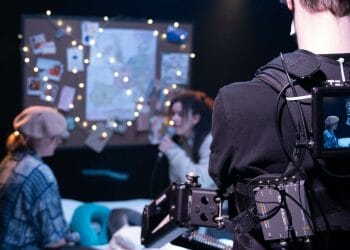 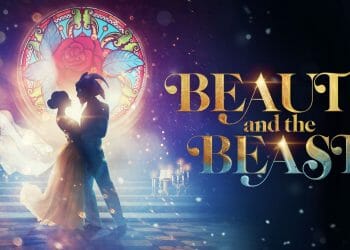