Review: Dracula at The London Library

Going to see an adaptation of Dracula in the very library where Bram Stoker researched vampire folklore is an exciting prospect indeed. This is especially true when that library is the London Library; an atmospheric venue that is home, since 1840, to both to great authors and an extraordinary number of old and rare books.

Site-specific theatre company Creation Theatre use the gothic surroundings of the library’s dimly-lit, wood panelled Reading Room to full advantage here, with minimal setting and props balanced by vividly dramatic projection and lighting. The result has a pleasingly cinematic quality that sits somewhere between Film Noir and Hammer Horror.

The plot concerns itself with two timeframes: the present – in which husband and wife Jonathan and Mina reside in the house where their friend Lucy has recently died – and the past, the time of Lucy’s illness when she, alongside another patient (named Renfield) is being treated by Dr Seward, and later Professor Van Helsing. Ever present, but never seen, is the hint of Count Dracula, waiting in the wings, flickering in the lights or batting behind the window.

Sophie Greenham and Bart Lambert perform their multiple roles with energy and focus as they jump with the plot between past and present, but it takes some time to get used to the pace. As a result, none of the characters they portray feel fully developed, and the story is occasionally difficult to follow.

Such matters make it difficult to suspend disbelief for the full length of the play. Some nice early work is done to connect and symbolise interesting themes around fever and repressed sexuality, for example, but the tempo around this begins with such charge that the topic loses momentum before the play reaches its end, and the drama is somewhat lost.

Preview: Dracula at the London Library

However, there are some fine moments of tension and fear, largely thanks to a fun and intelligent use of lighting and sound throughout, and some very eerie moments of special FX filming. In summary, Creation Theatre’s Dracula is a sensuous, sinister affair that benefits greatly from the gorgeously atmospheric Reading Room of the London Library that serves as its stage.

Jenny is an avid theatre fan, regularly attending shows in London and Brighton. Loving productions both sparse and spectacular, she is particularly interested in powerful writing, immersive theatre and cross-disciplinary uses of song, dance and gesture. Jenny has previously reviewed for WhatsOnStage and the now defunct LiveTheatre. 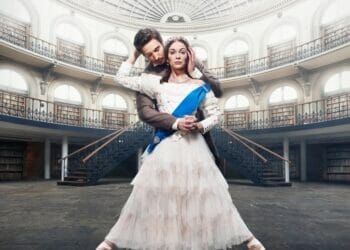 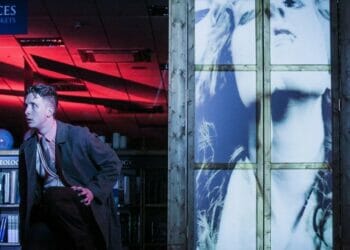 Preview: Dracula at the London Library 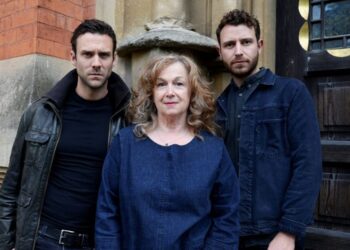 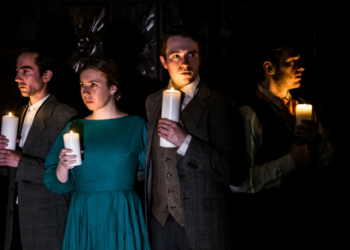