Running for 10 years straight and seen by over 5 million people, Thriller Live at The Lyric Theatre is one of the most prominent shows in the West End. It is a tribute to ‘the king of pop’, Michael Jackson, that takes his most famous songs and re-mixes them in a new way.

The format of this show is closer to a concert rather than a musical as there is no real plot. With the cast of the show, we travel through four decades, during which Michael lived and worked on his music. From disco vibes of his first albums to experiments with electronic music and rock tunes, we see how Michael finds his sound. His greatest pop hits – Beat It, I Just Can’t Stop Loving You, Smooth Criminal, Man in the Mirror, Earth Song, Billy Jean, Thriller, Bad, Black or White, – all performed in the second act. It’s that part of the show where we enjoy the most the special effects, the mastery of the band, and perfect choreography.

There are a few soloists in Thriller Live, representing Michael at different stages of his career. However, singing is the least impressive part of the show. While they all try to imitate Michael’s voice, most of them struggle to truly match his vocal ability. The exception is Peter Andre, who joins the cast for a few weeks and sings Michael’s songs in his own style. Another great Michael’s impersonator is Florivaldo Mossi. His performance is so natural that you have to remind yourself that it’s not Jackson himself in front of you.

Florivaldo’s movements and choreography are brought to perfection with Billy Jean being his finest hour. During this solo, he shows off his effortless moonwalking and moves exactly as Michael did. Overall, the choreography of the show is at the highest level (director and choreographer Gary Lloyd). Both supporting dancing and complicated choreographic acts are mastered to perfection.

Costumes also play a major part in the show. Michael was a well-known showman who knew how to make each his appearance memorable. On stage, we see a lot of his iconic looks. The costumes for the rest of the cast match these extravagant outfits and help us feel the vibe of the past decades. From bright neon bombers, leggings, and leotards in the 1970s, to badass leather and denim in the 1980s, and glitter and sequins in the 1990s.

Like any other great concert, there is plenty of light, smoke and sound effects during the show. The fire is brought up, the confetti scattered, and huge screens are moved across the stage to bring up various imagery and animations to amplify the messages in Michael’s songs.

To sum up, Thriller Live is a great tribute show for all fans of Michael Jackson and his music. It will be at Lyric Theatre until 26 April 2020 so don’t miss the last chance to see this famous show in the West End. 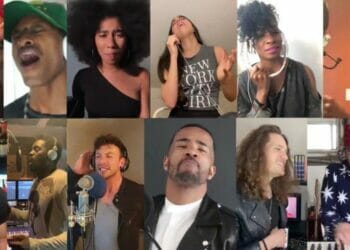 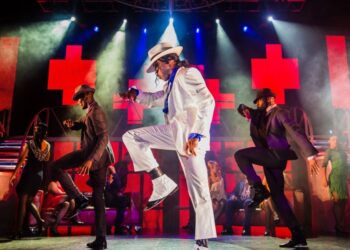 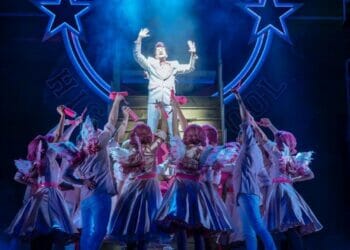 Peter Andre Returns to The UK Tour of Grease 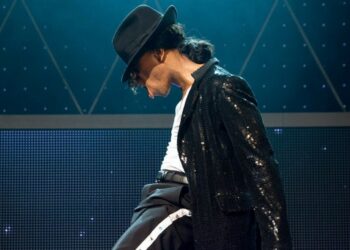 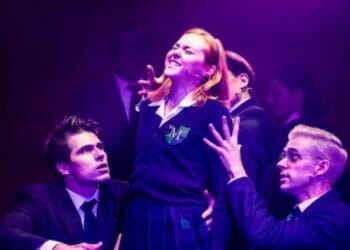