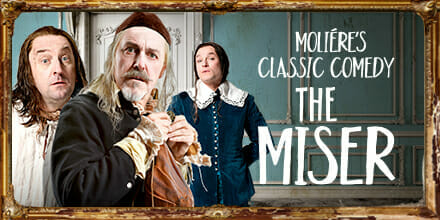 Review: The Miser at The Garrick Theatre

Written almost 350 years ago, Molière’s The Miser has opened at The Garrick Theatre in an adaptation by Sean Foley and Phil Potter.  Foley has also directed the production which remains remarkably true to the original structure of Molière’s satirical farce.

A trio of well-known comedians form the principal cast, with Griff Rhys Jones as Harpagon, Lee Mack as Maître Jacques and Mathew Horne as Valère, and are sure to attract audiences in to the theatre, whether they can keep them in their seats after the interval remains to be seen.

There was an obvious attempt to make the ancient text relevant today, this would have been entirely possible as the themes are those which translate across generations.  There were numerous references to current affairs, even this week’s budget statement got a mention, but it failed to feel current at all. The comedy was straight out of a seventies sitcom or a Carry On, only more Emmanuel than Camping.  Laden with innuendo and double entendre it was definitely amusing, but hardly fresh.

The cast did well with the material and seemed to keep the audience entertained, the front row almost becoming part of the cast as, in true stand-up comedy style, audience interaction was a must.  We even learned the vocation of one gentleman, though this was more for comic effect, while others had jokes made about their appearance.  Eventually we ended up with a cross between a night at the comedy club and a pantomime, I was looking round the auditorium waiting for someone to shout “he’s behind you” as Harpagon began searching for the thief.  Admittedly this kind of thing was found in the original, but I guess it all comes down to the execution

Throwing in some random French sounding words were amusing to begin with, but by the time we reached Lee Mack blurting out Pret A Manger it had become tiresome.  Luckily we were treated to some unexpected comedy as various elements went wrong; Horne failed to catch the cork and Mack had difficulty with the hangman’s noose, the resulting ad-libs brought a little unpredictability to an otherwise wholly predictable evening. 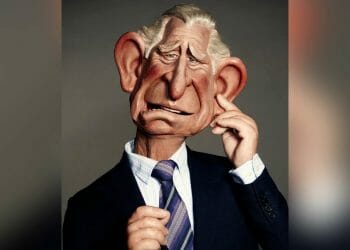 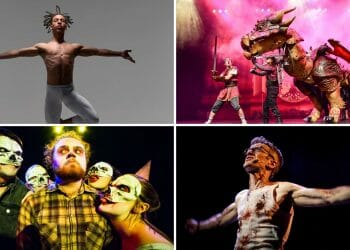 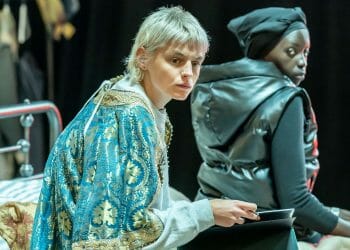 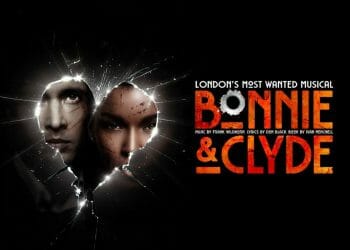 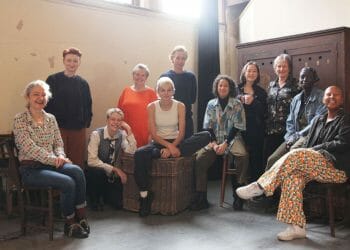